Clara Crowley, daughter of Chairman and CEO Tom Crowley and board member Christine Crowley, served as the ship’s sponsor and broke the ceremonial bottle of champagne on the bow of MV Taíno at the company’s Isla Grande Terminal before several hundred employees, customers and dignitaries. It was the first time a container ship had been christened in San Juan in recent memory.

“We are thrilled to christen this magnificent new ship here with our employees, customers and people of Puerto Rico, whom she will serve for many years to come,” said Tom Crowley. “Taíno is a source of pride for us all and in particular the men and women who built and/or crew her, many of whom are Puerto Rican.”

MV Taíno is among the first of its kind to be powered by liquefied natural gas (LNG), like its sister Commitment Class ship MV El Coquí, which entered service in 2018. LNG is a substantially cleaner fuel source that provides industry-leading environmental performance.

MV Taíno is named for the native Puerto Ricans who lived off the land with great appreciation and respect for their environment, and MV El Coquí is named for the popular indigenous frog on the island.

Both ships are 219.5 meters (720 feet) long, 26,500 deadweight tons (DWT), and able to transport up to 2,400 twenty-foot-equivalent container units (TEUs) at cruising speeds of greater than 22 knots – offering fast, 55-hour transits that reached an industry-leading on-time arrival rate of 98 percent in the past month. Each ship has enclosed, ventilated decks with capacity for 400 cars and large vehicles, a feature unique in the Puerto Rico trade. 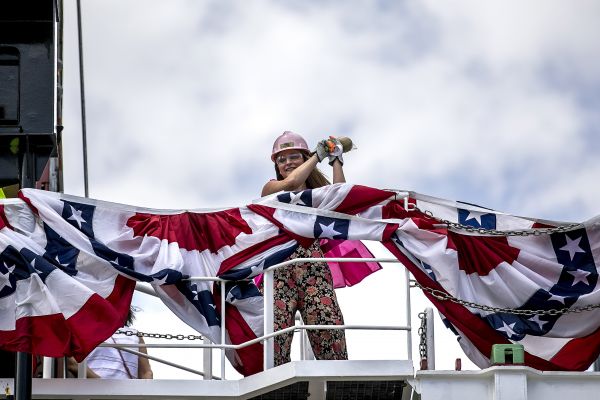 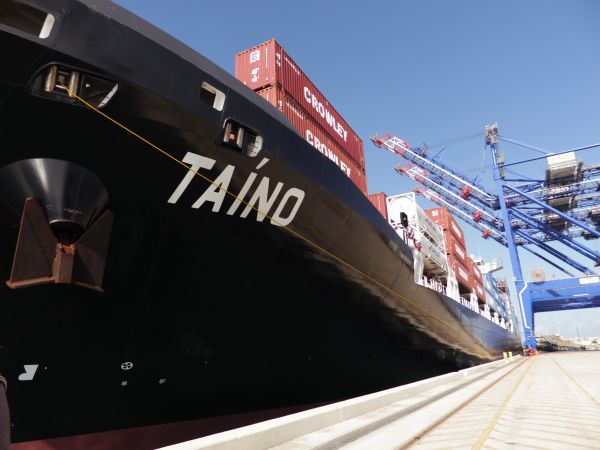