SGMF were invited to witness the naming of Q-LNG’s LNG Articulated Tub and Barge. The vessel, named Q-LNG 4000 was built by VT Halter Marine and is the first LNG ATB to be constructed in America.

The tug and barge have an articulated (hinged) connection, which allows for separate movement between the two parts. It is designed to meet the requirements of American Bureau of Shipbuilding and International Gas Carrier code as an LNG bunkering barge. The vessel, flagged under US Coast Guard will bunker Carnival Cruise Line’s two new dual-fuel ships in the Gulf of Mexico. It is expected to become operational January 2020. 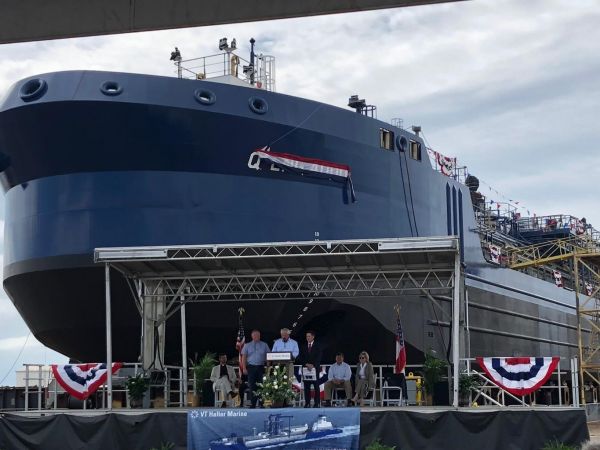