With shipping currently contributing up to 3% of Global Greenhouse Gas Emissions, if it does nothing then as other industries accelerate reduction programmes that contribution will soar and undoubtedly lead to severe regulation. Having switched to Oil as a primary fuel for the last 50-70 years it has developed extremely sophisticated machinery to deal with, and effectively use, what is left at the bottom of the crude barrel once all of the goodies and cleaner fuels have been refined and taken out.  Shipping is still dealing with the residual Sulphur in heavy fuel oil an dyet there there is an effective ban from 2020 with the global sulphur cap coming into force.  But the elephant in the room for shipping is Carbon and it needs to act quicker than it ever has before.  One candidate fuel that could be used as we move towards the use of the cleanest known fuel of hydrogen is in fact Natural Gas, commonly known as LNG in its cryogenic transported state.  Shipping has successfully moved this energy around the globe for over 50 years however its very use as a fuel for shipping is another matter entirely.

The Society for Gas as a Marine Fuel (SGMF) is a non-governmental organisation (NGO) established since 2013 to promote safety and industry best practice in the use of gas as a marine fuel. Governed by a representative Board and driven by two principal Committees, SGMF has several working groups at any one time solving issues and producing outputs such as Guidelines and checklists for the industry. The Society has produced four ISBN publications in the past two years alone and now has over 120 international members ranging from oil majors, port authorities, fuel suppliers through to equipment manufacturers and classification societies.

SGMF wholly endorses the use of its Guidelines throughout the industry as it gathers pace in the face of regulatory change with prime motivation of keeping the use of gas as fuel both safe and sustainable for all.  As part of this programme it actively establishes partnerships throughout the world and is pleased to add LNGMFi to that growing list of agreements.  Australia is famous for its pristine environment but yet is set to become a ‘Top Tier’ global exporter of Natural Gas whilst still having a significant and strategically important shipping trade, particularly in Dry Bulk.  LNG MFi is a lobbying group and best placed to promote the use of Gas in Australasia and will enjoy the full work and support of SGMF as part of that agenda.  SGMF in return as an International group will promote the Australian example in other regions as part of its programme as it does with the other International groups. 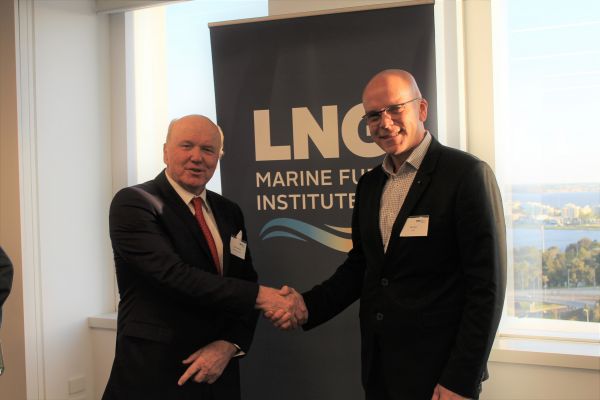